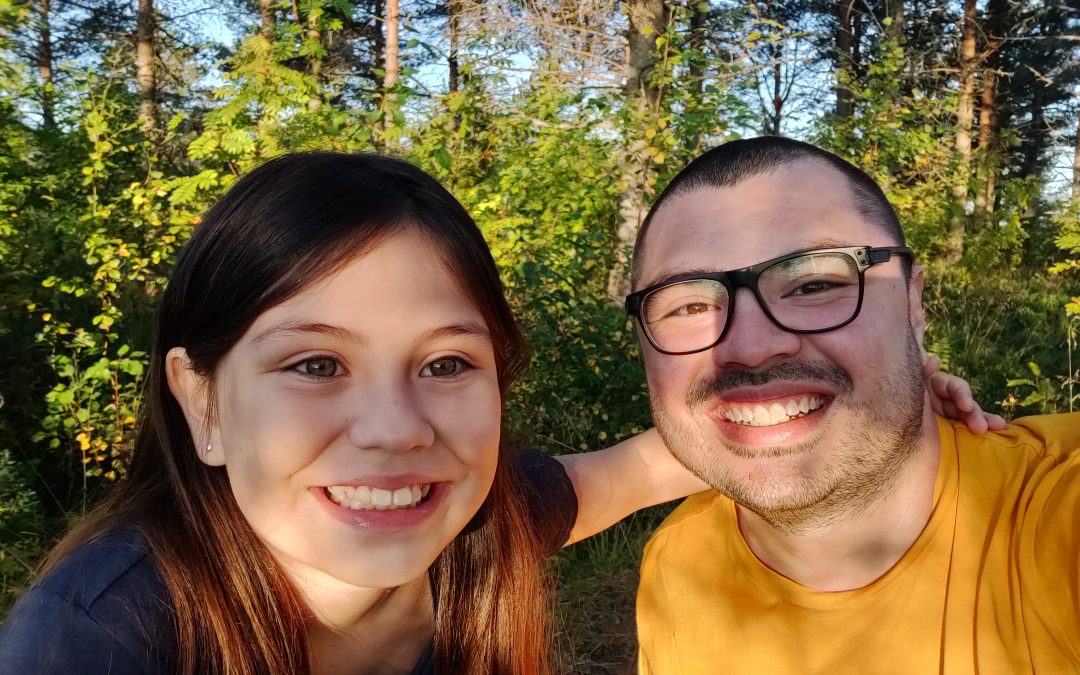 Gaming is a modern way of bringing people together. Moreover, it develops certain skills that can be applied to almost every aspect of our lives, whether it is social skills, language skills, or even academic skills. Today, we share Helene’s story of integration and learning through Minecraft Afternoon Clubs.

Helene is a lovely 10-year-old girl, who has lived in Finland for two years now. Her passion is Minecraft and has been participating in our camps for several months now. Her father, Gunther, shares some of his experience with the camp, and how he has seen the progress on her daughter:

“Minecraft has always been my daughter’s favorite game. She loves to build castles, amusement parks, breed her pets, and plant her own orchards. Sometimes, even I used to play along with her on her adventures, and we used to have a lot of fun.”

Helene had been, during the Spring, away from school for quite a few weeks because of the corona situation, having contact with her classmates only through the computer, as almost every child in Finland.

“Socializing was even more difficult for Helene, since our mother tongue is Spanish, and she had trouble communicating and enjoying a conversation with her Finnish classmates. Eventually, she was very bored as she wanted to do something else besides watching TV, coloring, playing with her toys on her own, or watching Youtube videos on her tablet.” Shares her father.

“I enrolled my daughter in School of Gaming’s Minecraft Afternoon clubs in April, amidst the coronavirus lockdown. At first, she had some doubts about attending the club, as she only knew the Minecraft commands in English, and the club was conducted in Finnish” added Gunther.

“Helene made great progress within a few weeks in several aspects”

Juuso Pekkarinen, School of Gaming’s Game Educator for Minecraft, noticed this and worked very hard to make Helene feel welcome among her new Finnish friends within the club’s activities.  “Helene was a little bit shy at the beginning and didn’t speak that much. As we had more sessions, Helene was more active and getting along with everyone in the group. My main goal in the camp is that everyone gets along and that they become good friends outside the camp.”

Juuso also shared some of his experiences with his Minecraft friends: “Usually there is a misconception that you can only make friends in your immediate surroundings. I have real friends, that I have met virtually through Minecraft. Having friends online is a significant thing for modern children”.

A byproduct of Helene being incorporated into the Finnish club was that she developed her fluency in Finnish: “During the first sessions Helene was quiet, but little by little she has developed her language skills and now she speaks almost perfect Finnish and has expanded her vocabulary in the technical areas of Minecraft such as minerals, tools, and other resources. All of which apply to her academic development.”

“Helene’s skills in Minecraft were very good from the beginning. For me, it is very pleasant to see that Helene is always the first one to help whenever someone needs assistance in the club. She has been great and hope to have her as a participant for a long time” Juuso added.

“I have seen how my daughter has progressed with her Minecraft Club. She now has a lot of friends from her Minecraft club with whom she plays and has fun. For me, it is utterly important that Helene integrates with her Finnish peers and that she develops her Finnish language skills, and the Minecraft camp has been the perfect vehicle for her Finnish integration. She is playing what she loves, having a good time, and learning about life all in the same club.” The father says.

“Juuso is great at working with children. He is calm and patient, and as a parent, I can fully trust that my child is in good hands. In addition to this, Juuso has years of experience in Minecraft,” Gunther concluded.